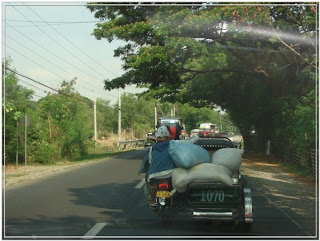 We’ve been planning to go to Pagudpud since last year. We wanted to schedule it during the Holy Week. But then, we decided against it because of the very long travel time. Our next option was Puerto Galera, but since it’s peak season, the rates of the cottages were high. Those which cost only P1,000 during off-peak season, now cost P2,500. We also considered the transportation costs, gasoline (since we planned to bring the car and just park it in Batangas pier), and of course, the food. Well, good thing, because, i heard from the radio that there were 80,000 – 100,000 people in Puerto Galera during the Holy Week!
But we still wanted to have bonding time with the kids, and it’s been a while since we last made a long trip. So, we decided to have a road trip to Pangasinan. So, off we went, 5:00am of Tuesday, 3 April. Since this is a road trip, we were able to bring food (the all-time favorite Adobo!), electric range, utensils, pans, instant noodles, etc. So, in effect, we expected to save on food expenses.

This was an adventurous trip since we didn’t have advance booking on any resort. We just planned on finding a place to stay once we get to Pangasinan.

Since we all woke up very early, the kids were fast asleep even before we reached the NLEX. 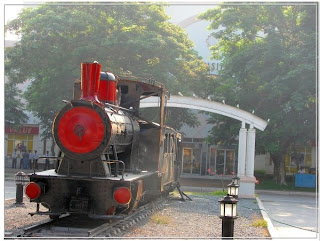 Our first stop was in the Hacienda Luisita in Tarlac. We arrived here at 8:00am. We just bought hot chocolate and hot coffee from Jollibee and we ate our breakfast in the car. The kids enjoyed it, far from the usual comforts that they experience.

After breakfast, off to the road again!

Tarlac was really such a loooooong drive, the kids were getting tired of just sitting in the car. I tried to tell them to just enjoy the scenery outside, but i think, teasing each other was more fun for them! So, my next resort was to keep on giving them food to munch on. They kept on asking, “Mommy, malayo pa ba?”, and their dad will reply, “Yes, malayo pa”. Their standard reply would be, “Ano ba yan!” 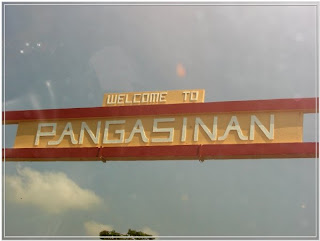 Then, our next concern was, whether to just go to Dagupan, which was nearer, or to proceed to Lingayen. We decided to try Dagupan. We checked the beach, but unfortunately, we couldn’t find a nice place to stay, let alone, a resort with a swimming pool (I forgot to mention that was another requirement when you have kids!). So, we were debating on whether to just proceed to Lingayen, which was still a good 10 kms from Dagupan (according to the locals, it would only take us 30 mins to get there — but then you know how it is in the province, their idea of time is not the same as in the city — so, it really took us 1 hour to reach Lingayen — not bad though!) 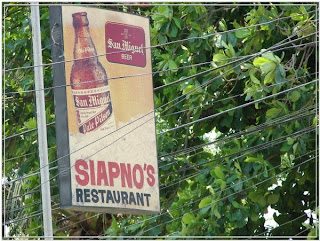 But, before we finally decided to go to Lingayen, our immediate concern was where to eat (we still have Adobo!). We wanted to try the famous Bangus in Dagupan, so we dropped by Siapno’s Restaurant. We bought Inihaw na Bangus, which was expensive in my opinion, P85 each. But, it was good! We just parked our car by the road, and again, we ate in the car. Dad told the kids that was what we experienced when we had a road trip to Pagudpud. They seemed to enjoy it!
On our way to Lingayen, we even passed by an interesting restaurant, aptly named, ALIMANGO Restaurant because the structure was shaped like a crab. But, I think, it was not operational anymore, because it already looked dilapidated. But, it was still an interesting sight. 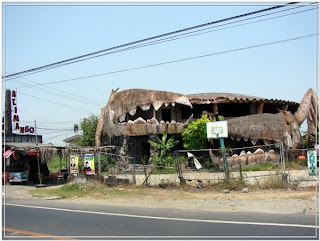 We were told that before reaching Lingayen, we will pass by Binmaley. We were thrilled when finally we reached the town. Here’s the Binmaley church: 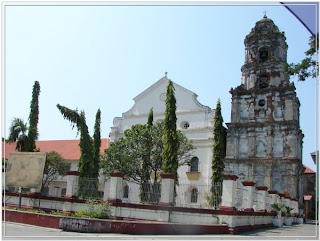 Finally, we reached Lingayen at 2:01pm. 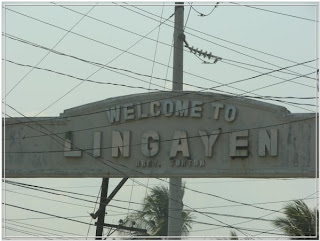 So, what’s next? We asked for directions in going to the beach. Then, on our way there, Dad and I finally remembered the place (did I mention that we had visited this place back in 1998?). It was still basically the same, we passed by the park with the old tankers and planes used during the WWII.

We then asked around for good resorts with pool. We were referred to Lingayen Gulf Resort Hotel. We toured the place and it was nice. The rate was Php2,000 per night.
But we still wanted wanted to check the other resorts, unfortunately was only one other resort that has a pool. When we went there, yes, it was nicer than the first one, but then, it was more expensive, of course. So, we went back to Lingayen Gulf Resort Hotel. 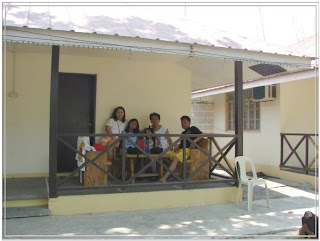 This was the cottage where we stayed. The cottage was good, it has 2 rooms, adjacent to each other, with T&B in between. And most importantly, they were not strict with the bringing in of foods. They even allowed cooking outside the cottage. But, remember, we brought our electric cooker, so we were able to use it inside the room (against the policy, sigh!). The kids had so much fun, most especially the little girl. She really loves water! She has also learned basic swimming by herself. 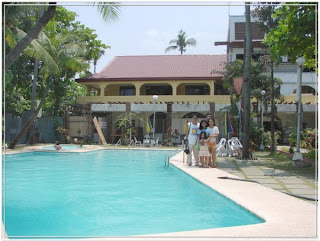 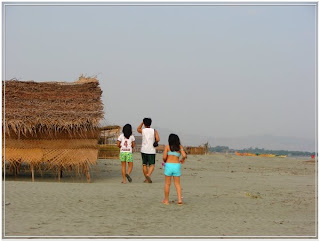 We also strolled the beach in the afternoon, we wanted so much to swim, but it wasn’t safe because of the strong waves, so, we just enjoyed the breeze and the cool air. The kids just settled for a swim in the pool where it was safer for them.

It was a relaxing short vacation, and we would have wanted to stay a bit longer, but we were also scheduled to go to another family outing in Tagaytay the following day.

Family vacations are really so much fun, and in planning for these, parents should always make sure that the resorts are family-friendly so that they can relax and have a “real” vacation even with kids in tow. This is what we always keep in mind everytime we plan for our vacations.

20 Best Family-Friendly Resorts in the Philippines, and more…