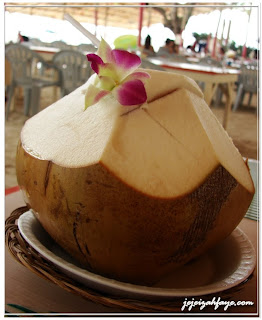 Remember my post on Cebu Pacific’s Happy Hour? Well, after patiently waiting for 4 months, it was “Davao, Here we Come!” for us last 25 September!

It was an early morning flight and we arrived in Davao exactly as scheduled. We were blessed with a good weather when we left Manila and the sun was also shining when we arrived in Davao. Little did we know that in a few hours’ time, Manila will be hardly hit by Typhoon Ondoy. 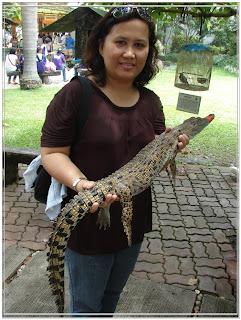 The entrance fee was Php100.00 each. The Farm was not so big, and yes, there were lots of crocodiles, too bad, the Incubation area was closed, so we were not able to see crocodile eggs, though we were able to touch and even carry a baby crocodile. I was hesitant at first because I didn’t know how it would feel to touch its scales, and though its mouth was wrapped with tape, it was still scary because, hey, it’s still a crocodile — it didn’t ‘t matter that it was small! There was a photo op with the baby crocodile, and when it was my turn, the Farm staff suddenly put the crocodile on my hands which freaked me out, I asked him to give it to me slowly and then I’ll decide if I still wanted to carry it or even touch it! But then, it felt OK, its skin felt incredibly soft! Maybe because it was still a baby — aren’t all babies soft to the touch? Well, I guess this also holds true for baby crocs! 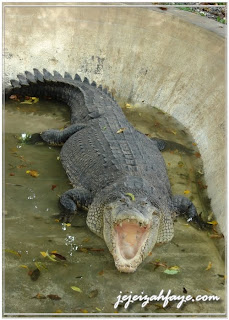 We also saw Pangil — the famous crocodile which is about 18 feet long and about 65 years old. He had the cage all by himself and he really looked scary, it was like he can easily swallow anybody who makes a mistake of entering his cage.

Crocodiles were placed in different sections according to their age, and seeing so many baby crocodiles in one cage gave me creeps. The others were simply lounging around the swamp, and they weren’t moving at all. Going around the Farm, we saw several animals aside from the crocodiles. There were ostrich, goat, birds, eagle, and iguana — which was freely walking in an area all by itself.

Next stop: we were starving so we decided to eat our lunch first. Lunch was simply amazing because it was an eat-all-you-can for only Php99.00. If only we have a buffet like that in Manila! And though it was already almost 2:00pm by the time we got to the restaurant, the food choices were still good, and they were even replenished by the staff.

Since it was Durian season, the fruits were all over the city. What we couldn’t get over was the way the locals eat the fruit. There was a vendor who sells Durian and who also provided tables and chairs for those who wanted to eat the fruit right after buying it, and boy! Yeah, they really ate the fruit with relish, and we were told that they can last the day by just eating Durian as their meal. What was interesting was they eat the fruit with a bottle of Coke, probably to remove the after taste which the fruit leaves in your mouth. We bought one piece, and tried eating it, but we didn’t even consume that one piece. We liked Durian candies better! What did we do with that one piece that we bought? Well, we brought it to the hotel and it was like we had a Durian freshener in our room — we had to put it inside the bathroom, tightly packed — and we had no choice but to just throw it away the next day. 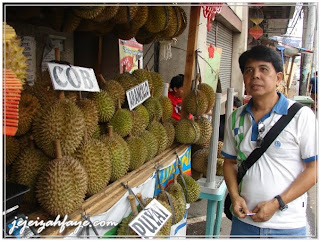 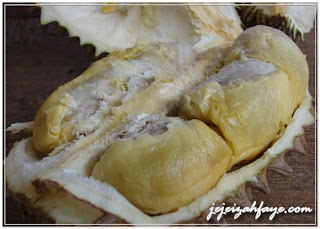 In the afternoon, we had a nice walk around the city, then we went to People’s Park. It was very nice, well-maintained and relaxing. We were told that there were lots of people there even late at night. It was even drizzling, then it rained, so we had to take cover in one of the covered benches. It was a luxury for us because we didn’t have this opportunity back home, of walking in the park, just strolling, no stress, no worries, just plainly relaxing. 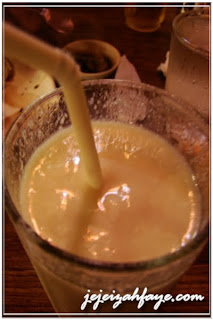 We had free dinner in the hotel but we still went out and tried the chicken barbecue in the nearby restaurant, they even had unlimited rice, unfortunately we didn’t get to enjoy it since we were already full when we went there.

Food was good, but it was the Durian shake that was unforgettable! It was heaven! I really loved it! And a steal at Php35 per glass. Although the taste was so strong… I was burping its taste until the next day… it was all worth it!

The night was conducive for a walk, so after 2 bottles of beer for my husband and a glass of durian shake for me, we took off and explored the city. It was safe enough to walk, we just avoided the dark alleys and stayed where there were people around. While walking, we just couldn’t help but notice the locals who still flock the durian stand even late at night, it was just simply amazing! 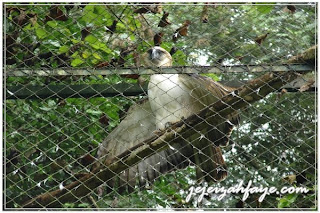 Saturday was raining, but we still managed to enjoy the morning. We went to the Philippine Eagle Center in Malagos, Baguio District where we saw the famous “Pag-Asa” — the very first eagle to be bred and hatched in captivity. The eagles were awesome, and the place was well-maintained, thanks to the various multinational corporations who sponsor the eagles and the various birds and animals that were there, as well as for the maintenance and the upkeep of the place.

I was able to take nice shots of one eagle which was in the open area. Although I wasn’t able to capture its wing span when it opened its wings, but I still love the shots, anyway, don’t you? 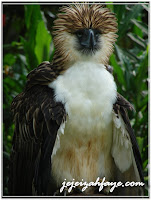 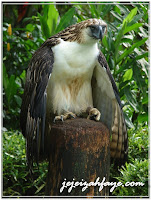 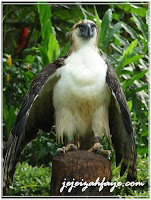 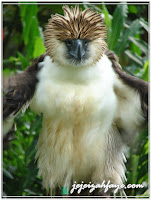 This is getting to be a long post, that’s why I have put off posting this, actually, it’s been in my draft folder for 3 weeks now.

I’ll post the rest of the details later, and more pictures coming.